Following my earlier post on great picture books for Christmas, I now turn my attention to older readers. I have purposely avoided the obvious bestsellers, like David Walliams, Wimpy Kid and Tom Gates as, although they are good, you don’t need me to tell you about them. Instead, I’ve picked out a range of books from the very silly to the thought-provoking. You should be able to find something for every kind of reader aged 7-12 here.

The Wild Robot, by Peter Brown 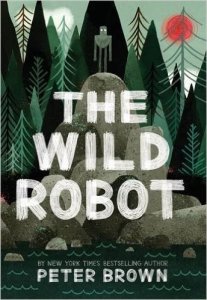 This book is the first chapter book from picture book creator, Peter Brown. It tells the story of robot Roz who finds herself stranded on an island and learns to adapt to its surroundings. A heart-warming adventure that also raises questions about the role of technology in our society.

Murder Most Unladylike: Mistletoe and Murder, by Robin Stevens 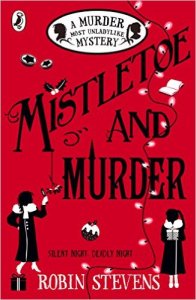 The latest adventure in this series sees heroines Daisy Wells and Hazel Wong spending Christmas in Cambridge. Their cosy holiday is interrupted when there is a fatal accident at Maudlin College…or is it an accident? The Murder Most Unladylike series is great for those who love old-fashioned boarding school books with a bloodthirsty edge.

Doodle Adventures: The Search for the Slimy Space Slugs!, by Mike Lowery 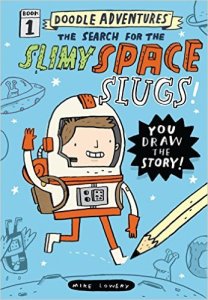 In this rather novel adventure you get to fill in the blanks helpfully left by author Mike Lowery, including drawing your very own hero. It is your job to help Jim the Duck recover an important artefact that has been stolen from the headquarters of a secret society of explorers. Fantastic for reluctant readers who can’t sit still long enough to read a traditional book.

The War that Saved my Life, by Kimberly Brubaker Bradley 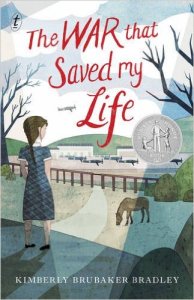 From the silly fun of Doodle Adventures to a heart-wrenching wartime adventure. The War that Saved my Life tells the story of disabled nine-year-old Ada who has never left her tiny flat in the East End of London. When Ada’s brother Jamie is evacuated, her cruel mother decides it isn’t worth sending Ada, with her twisted foot, to join him. But Ada has other ideas and sneaks out to join her brother. Arrived in the country and taken in by Susan, Ada enjoys a freedom she never knew at home, but will it last? 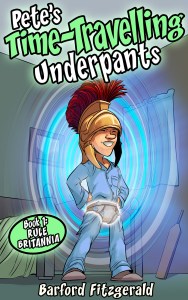 Of course, no list of great books for those aged 7-plus would be complete without one of my own books. In fact, here’s two of them. Pete’s Time-travelling Underpants is an historical comedy series which is great for lovers of Horrible Histories. In book 1 (‘Rule Britannia’), schoolboy Pete Tollywash receives a very strange birthday present and soon finds himself transported back to Roman East Anglia. Falling foul of the local Roman prefect, Pete is sold into slavery and meets fellow slave-boy Julius, who has a big family secret. But can Pete save the two of them from slavery? And what is Julius’ secret? The follow-up, Tudor Trouble, has also just been released, and sees Pete taking on a bloodthirsty King Henry the Eighth.

So there you have it. My book picks for Christmas. What books would you include on a list of great book gifts for Christmas? Let me know in the comments below.