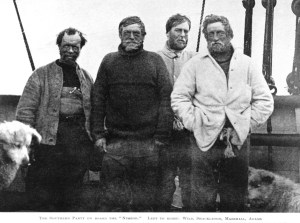 Auntie Cheryl says this Ernest Shackleton guy is a British hero. He was an explorer who wanted to be the first person to get to the South Pole (90 degrees south). He didn’t make it, but he did get to 88 degrees, 23 minutes south - the furthest anyone had gone to date. The first person to make it to the South Pole was some Norwegian dude called Roald Amundsen (NOT the guy that wrote the awesome books - that’s Roald Dahl).

Auntie Cheryl tells me that there’s a saying “To cross the Rubicon”, which means you’ve done something from which there’s no going back. It comes from this Julius Caesar bloke, who was a Roman general who did the very naughty thing of crossing a river called the Rubicon with his army. This river marked the boundary between Cisalpine Gaul (where Caesar governed on behalf of the government in Rome) and Italy (where the government in Rome was in charge). This was treason and led to a civil war which Caesar eventually won. The rest, as they say, is history. Now I didn’t believe this one to begin with. People used to send messages to each other using beeps. They didn’t talk to each other. They didn’t send a text. They beeped. Well, this thing called a telegraph beeped. Apparently they didn’t have iPhones or Snapchat - how awful must that have been? Although Barford (the big loser) said it sounds like bliss. Anyway, I digress (Barford taught me that word). So, these beeps they used to send were called Morse Code and different combinations of beeps (long and short ones) meant different letters according to the code. On this day in Morristown, New Jersey, Samuel Morse (who invented Morse Code) and his mate Alfred Vail sent the message “A patient waiter is no loser” (I beg to disagree) over two miles in front of a small crowd. I’m told the crowd were very impressed and this was a massive breakthrough for telecommunications.

I still think this is pretty crazy. Britain used to be in charge of the United States of America (although it wasn’t called the USA then). I mentioned that Boston Tea party thing the other week, where they chucked the tea into the sea. This was a protest against British government of America which eventually led to war between Britain and the US. Well Britain lost that war (as you probably already guessed) and on this day in 1784 the US Congress agreed to the peace treaty, officially ending the war. 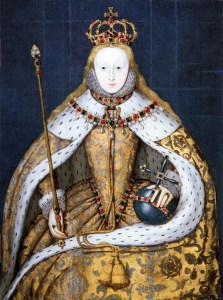 Wow! I met her mum and dad! It was on my most recent time-travelling mission in Tudor England. Anyway, I digress (Note from Barford - I wish I hadn’t taught him that word). Elizabeth would never have expected to become queen as she had a younger brother, Edward, (until recently the eldest son would always become king, even if he had a big sister). He died as a teenager, but even then she had an older sister, Mary, who became Queen before she did. Mary also died and Elizabeth was the only one of Henry’s children left. Queen Elizabeth was unusual in many ways for the time. She followed straight after another queen (Mary) and she wasn’t married (apparently that was a big thing for a queen in those days). She’d spent her sister’s reign in prison (wish I could put my brother, Jim, in prison) and now here she was at the head of the country. Elizabeth’s reign was one of the most important periods in British history according to Auntie Cheryl as it was the start of building an empire.

That's it for this week. If you want to get hands-on with history, sign up for Barford's email list here for your free 'Pete's Time-travelling Underpants' ebook.