Hello again! I can’t believe another fortnight’s gone by. Well, here I am for another look at the things that happened this week in history. It was a busy week, what with emperors being assassinated, Australia kind of beginning (kind of) and the biggest empire in the world coming to an end. Oh yeah, and some annoying play which I’m having to read at school got performed for the first time. Anyway, without further ado, here’s my top picks from this week in history. 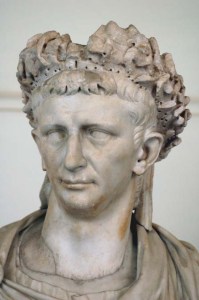 The emperor Cladius – what on earth is he wearing on his head?

This Caligula dude sounds mad as a brush. He was assassinated by his own bodyguards who had basically had enough of his crazy (although his government, the senators, were also in on it). Caligula’s crazy included claiming he was a god, regularly dressing up like different Romans gods and making his horse a priest with a plan to make him a consul (a really important political position). There are also claims that he even fed members of the audience to the lions at public games, because he was bored (well I guess that would liven things up a bit). Apparently the final straw for the senators was when he threatened to leave Rome and go and live in Alexandria in Egypt to be worshipped as a living god. The senators weren’t so fussed that the guy was clearly off his rocker. They were more bothered that if he left Rome, they would lose their political power. So, with his bodyguards they plotted his death. They then put his uncle Claudius into power, Apparently he wasn’t quite so amusingly crazy. But he did lead the conquest of Britain. By the way, apparently Caligula’s name means ‘little boots’. He was nicknamed this as a little boy by the soldiers his father was in charge of because he used to wear a child’s soldier’s costume, including little boots.

Auntie Cheryl tells me that people in Europe didn’t really know Australia even existed until around this time. They didn’t have Google Earth to help them, I suppose. Some guy called Captain James Cook (not to be confused with Captain James Hook from Peter Pan) and his crew were the first British people to land in Australia (in 1770), but they weren’t the last. After Captain Cook there was a bit of a gap until some more Brits were sent to set up a penal colony (Auntie Cher says this is kind of like a prison). The plan was to send British criminals to the other side of the world so we didn’t have to worry about them anymore. The group sent to found the colony landed on 26th January, 1788 and claimed the land for the British crown. Soon after they founded Sydney. This day is now celebrated as Australia Day as it’s kind of when the modern country of Australia started to be formed.

Rashidun Caliphate, then the largest empire in history, ends with death of Hasan Ibn Ali. 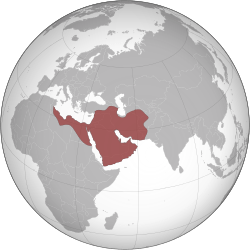 The Rashidun Caliphate – its inheritors would go on to expand the empire to the Pyrenees.

I’ve heard of caliphates on the news, because of some people called ISIS who want to make one. This Rashidun caliphate isn’t quite the same as the one that ISIS want to make, Auntie Cheryl says, as non-Muslims were allowed to continue to follow their own religion if they chose. This caliphate was ruled by men called ‘caliphs’, who were meant to be the leaders of all Muslims. It was created in about thirty years and grew bigger than the Roman Empire in that time. The caliphs were all men who had known the Prophet Mohammed, who was the founder of Islam, and saw it as their duty to spread the religion. This caliphate ended when the last of the Rashidun Caliphs, Hasan Ibn Ali, the grandson of Mohammed, was assassinated. A man called Muawiya, an enemy of Hasan, took over and founder the Ummayad Caliphate, which in another fifty years had spread their empire all the way to Spain!

This just seems mad. Burning gas in the middle of the street? Even I wouldn’t do that.

William Shakespeare’s play ‘Romeo and Juliet’ is thought to have been first performed. 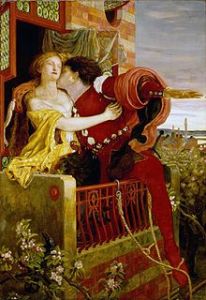 So people have been suffering this rubbish for over four hundred years? I’ve been to Tudor times and even I can’t understand the drivel this Shakespeare guy comes out with. They reckon that people first had to sit through this load of old cobblers about teenagers in love, people thinking people are dead, but they aren’t and generally behaving like complete muppets on this day in 1595. The play wasn’t actually published until 1597 though. So that’s when they probably started forcing poor school kids to read it.